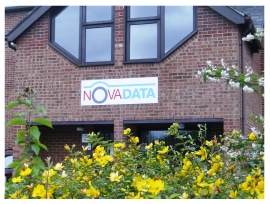 Novadata is among the first transport industry experts to be working as both an auditor and an IT systems provider for the new DVSA Earned Recognition Scheme Pilot. The pilot is currently a voluntary scheme and the DVSA are encouraging interested operators to apply to join. Successful applicants will then undergo an audit which Novadata (with more than 30 years’ experience as a provider of transport training, tachograph analysis and O-licence compliance) can carry out.

Operators should be assured that once they have successfully completed the audit stage, the DVSA will not have direct access to their data. Instead, qualifying operators will summit, electronically, a concise summary report using a compatible IT system. Novadata is one of the first IT system providers to be included on the DVSA website and our internet-based analysis service meets the requirements of the scheme.

The summary report provides the DVSA with details of ongoing performance against a set of predetermined Key Performance Indicators (KPIs). Compliance with these KPIs will act as an indication to the DVSA that the Operator is fulfilling their O-Licence undertakings and meeting both the expected driver and vehicle standards.

After the pilot scheme is completed, DVSA expect the scheme to be fully launched. Operators who are members of the scheme will benefit tremendously as their drivers and vehicles are less likely to be stopped; leaving DVSA officials free to concentrate their efforts on ensuring that those who fail to fulfil their O-Licence undertakings improve and comply; or to target repeat offenders more accurately with appropriate legal sanctions.

Chairman and founder of Novadata, Derek Broomfield commented, "As a company with a long track record of encouraging and promoting best practice in the transport industry, we are delighted to be involved in the DVSA Earned Recognition Scheme from its earliest days. We've been conducting transport systems audits and giving advice on compliance to O-Licence holders for many years, so we are a natural fit for this new initiative. Hopefully, with DVSA officials able to focus in the future on the worst breaches of O-Licence undertakings, standards will rise throughout the industry, and that will benefit everyone."